Finally, you can ride Brightline trains this weekend for $10

That will buy a one-way ticket in the 66-seat Smart Coach. Tickets cost $15 one-way for the more spacious 50-seat Select Coach, the Brightline equivalent of first class in a commercial airliner.

Brightline is also launching its mobile app and a new website to buy tickets, check schedules, and get other travel information.

“We believe the comfort and convenience of our travel experience paired with premium hospitality will set a new standard for passenger rail service,” said Brightline President and COO Patrick Goddard, in a statement.

The introductory service will have 10 daily round trips during the weekdays and nine on the weekends between Fort Lauderdale and West Palm Beach. Travel time is about 35 minutes. Trains will depart between 6 a.m. and 11 p.m. The schedules will differ between weekdays and weekends.

Officials have said they plan to run 16 round trips daily when full service begins but have yet to say when that would start.

“Our team will continue to ramp up operations as we prepare to fully launch,” Goddard said.Brightline train one-way tickets will cost $10 for Smart Coach seats, $15 for Select Coach with 50 percent discounts for children, and 10 percent for seniors, active military and veterans (Wayne K. Roustan, Sun Sentinel)

Introductory fares and schedules are designed to attract ridership. Brightline officials have not said how long these fares would last or how much regular fares would cost.

They also plan to offer different ticket options, including weekly, monthly and annual passes, packs of 10 tickets, and corporate packages. Some might include parking and food service in the price of the ticket package. No prices have been announced.

Fitch Ratings said Brightline would break even if only 56 percent of its ridership goal was reached. 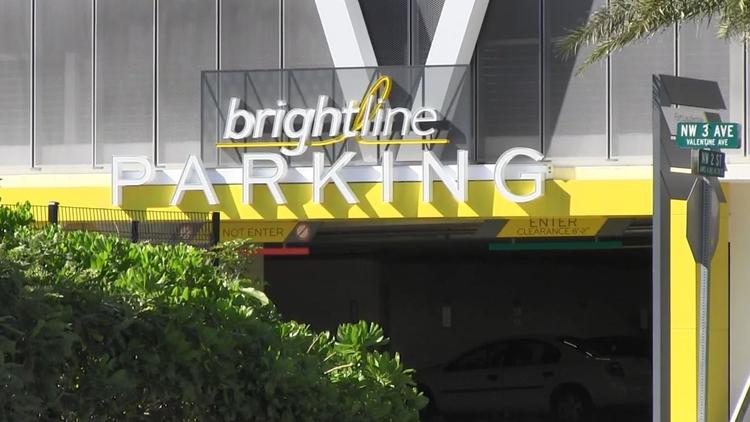 The cost of parking is also unknown but the study estimated Brightline travelers would pay $1 per hour to park in the train station garages. Regular parking would cost $3 per hour for those not riding the train. When completed, the combined 1,720 parking spaces at the three South Florida stations are expected to generate an average $16.53 per space each day.

The study also estimates each passenger will spend an average $3.58 on food and drinks on the trains and in the stations. Food, drinks and parking would generate more than $34 million a year. 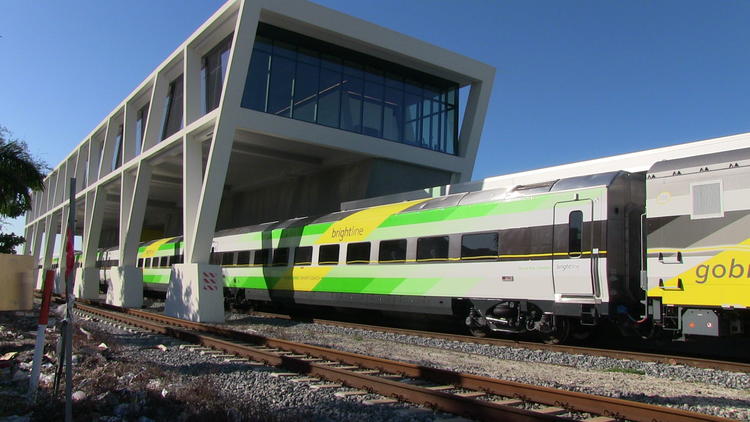 Brightline trains will add Miami to the route a few months down the line. (Wayne K. Roustan, Sun Sentinel)

Brightline is expected to add Miami to the route in the coming months when construction on the MiamiCentral station is finished. Construction on the connection between the West Palm Beach station and Orlando International Airport will begin later this year and could end sometime in 2021.