Last month MEAT featured an interview with Rockstar Games developers who acknowledged Miami (or Vice City's) role in shaping the future of the Grand Theft Auto series. Now the spotlight turns to Electronic Arts and their highly-anticipated new release, The Godfather II...

t's no secret the current economy is having an impact on the art world. Auction results are lackluster, major sponsors have pulled out of fairs and the collapse of major financial institutions like Lehman Brothers has hurt the museums and art galleries with whom these banks made prior commitments. While discouraging, the uncertainty surrounding the Art Economy is also liberating in some respects prompting major fairs to take some chances...… 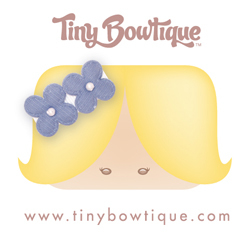 Find fabulous hair clips and bows for all occasions.

Anytime you come across a story outside of South Florida involving workplace scandal, sexual indiscretions and rushed resignations, you're never really surprised to learn of some tie back to South Florida. Bienvenidos! That's how we roll. But what are the odds that two media personalities involved in two separate Boston newsroom resignations have ties to South Florida...…

What can most of us accomplish in 48 hours? Tackling a small home imporvement project? Enduring a Bravo reality series marathon? Colon cleansing? How about writing, shooting, editing and scoring an original film? It may sound impossible, but that's exactly what 30,000 aspiring filmmakers did in cities around the world as part of The 48 Hour Film Project....

This weekend Velvet Intrance Promtions (V.I.P.) will host parties at:

"CAMEO" on Saturday (03/07/09): The Pre-party starts at Maxine at the Catalina Hotel from… Continue

No Soccer For You! MLS Passes On Miami Team

Major league soccer MIGHT come to Miami! That was the announcement made last fall when Brightstar CEO Marcelo Claure and FC Barcelona officials made their pitch to MLS in California. Miami was one of six cities in the running for an expansion team. Claure & Co. returned to Miami and urged fans to get excited, purchase advance season tickets and show genuine interest for an American soccer team with ties to a Spanish franchise here in Miami...…

Miami Celebs Dancing With the NFL & the IRS

What do former Miami Dolphins defensive end Jason Taylor and race car driver Helio Castroneves have in common? They are both celebrities in the world of sport. They are both Miami residents. And they are both former Dancing with the Stars contestants; Taylor lost in the final round in 2008 while Castroneves won the whole thing in 2007. And in the months since they hung up their sequined body suits, both men have faced some challenges in their professional careers....…