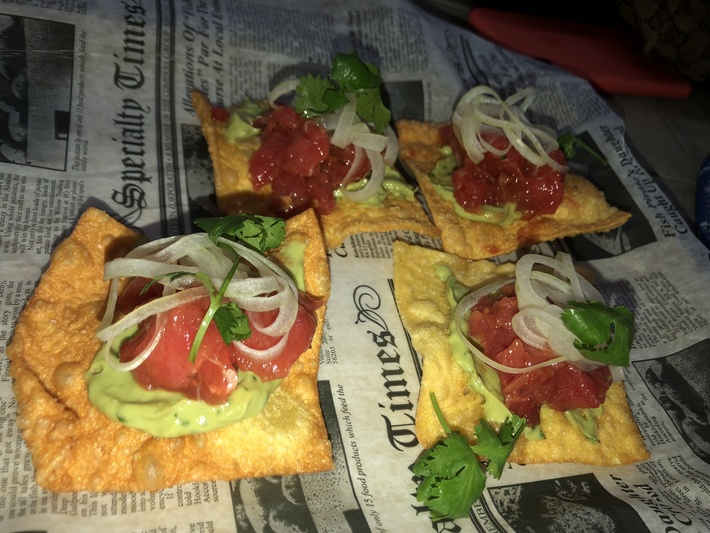 Those seeking a great meal often head to Lincoln Road to get in some food cravings, shopping or great people-watching.  I am one of those that makes a three-in-one out of it.  After some “retail therapy”  I decided to have…

For the past year, Florida real estate agents have been actively courting wealthy Northeasterners who took a hit from the Trump administration’s tax overhaul. Now signs are emerging that some of those disgruntled taxpayers are indeed jumping at the chance to cut their tax bill by moving to Florida.

Luxury sales are slowing across the country, from New York to California, but they’re rising in South Florida. Million-dollar home…

2019 a Buyer's Market! Housing market will be slower, steadier as higher interest rates weigh on prices.

It looks like 2019 could be a buyer’s market in real estate, but that’s not necessarily a good sign for the economy.

Home prices, while still higher than a year ago, are pulling back in most major markets, according to a report released Wednesday. Values in November were 5.1 percent higher compared with November 2017, CoreLogic said. That is down from the 5.4 percent annual gain seen in October. CoreLogic is now projecting a smaller, 4.8 percent gain in November 2019.

After nearly four years of annual declines in inventory, the number of homes for sale has now increased year-over-year for three straight months.
That’s a bit of good news for home shoppers who face less competition as homes stay on the market for longer. But inventory levels are still well below where they were five years ago, and small increases have yet to meaningfully reverse those deficits. A year ago, inventory fell 9.1 percent on an annual basis.

Miami Enjoys Over $3.1 Billion in Residential Sales in Q3

According to the Miami Association of Realtors, total Miami-Dade County home sales surged 15.2 percent in 3Q 2018 as median prices for all properties rose for the 27th consecutive quarter.

Sam Khater, Freddie Mac's chief economist, says, "While higher mortgage rates have led to a decline in home sales this year, the… 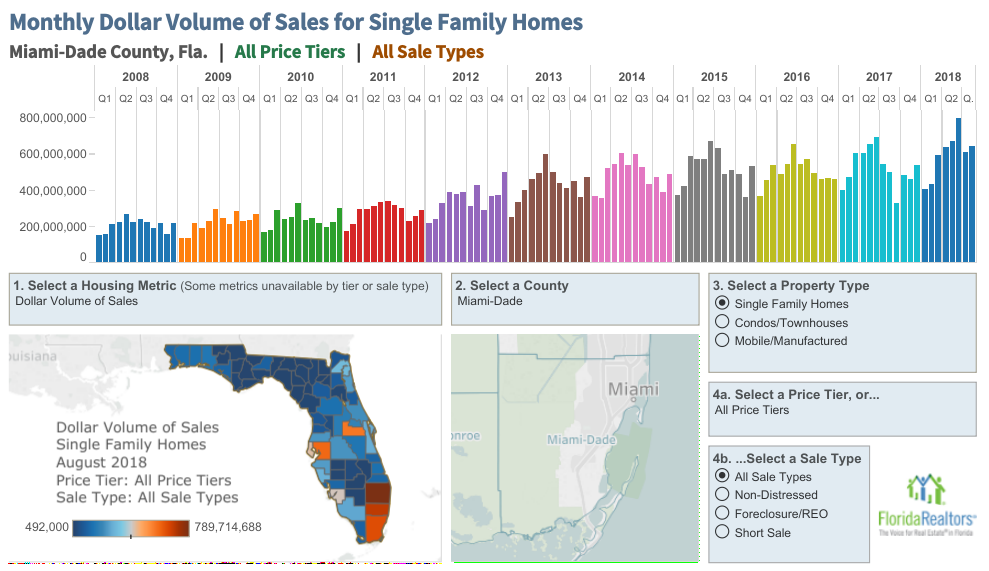 Homebuying in the fall: 6 good reasons not to wait for spring

Spring and summer have long been considered the best time to buy a house. Their seasonal sibling, fall, is usually hidden under a mound of leaves. After all, potential buyers are thinking more about spooky houses and houses filled with the aroma of roast turkey; they aren’t thinking about house-hunting.

What happened: Sales of newly-constructed homes rose 3.5% compared to July, and edged past the MarketWatch consensus of a 625,000 pace. And the pace of sales in August was 12.7% higher than a year ago. But hefty…

Homebuyers purchase second vacation homes for profit over personal use...

Over the past decade, the market for second homes and online travel operations has transformed significantly. A survey by real estate adviser Savills and HomeAway found that recent buyers are prioritizing the purchasing of second vacation homes for financial benefits rather than for personal enjoyment.

“In a low interest…

A real estate research firm has picked a neighborhood in Southwest Florida as the "best neighborhood" in the United States based on schools, crime and other factors. The Pine Ridge neighborhood in Naples, Florida, was the nation's best based on six criteria: affordability, home price appreciation, school scores, crime rates, unemployment rates and property taxes. More from the …

What Should Buyers Look For In A Home?

When you're planning on buying a house in the near future, you're subject to lots of advice. Buyers should consider the quality of the schools, their commute to work, the neighbors, and any noise when thinking about purchasing a house. I always stress to my clients: Pay attention to the things that you can’t change about a house and to make sure you can live with those items. Kitchen and bathrooms can be remodeled, but you can't make the noise from a busy freeway go away.…

New real estate developments have an undeniable appeal for homebuyers. I have overseen sales and marketing for more than 300 new development projects totaling over 10,000 residences over the last 30 years, and I’ve found that everyone from first-time buyers to seasoned homeowners needs an education on the nuances of buying new.

Here are five tips to help get you started:

More buyers are bypassing big, established banks and turning to a growing subset of specialized lenders to obtain a mortgage.…

The middle of the summer has brought signs that the hot U.S. housing market is leveling off as sales slow and listing prices are cut. Those trends have fueled fears of a broader contraction and the coming of a buyer’s market. But trends within Miami’s condo marketdemonstrate why a buyer’s market is still a welcome one for agents.

Miami ranks as one of the most valuable cities in the country...

Real estate wealth is dispersed unequally throughout the United States with revenue concentrated heavily in metropolitan areas, valued at $26.2 trillion in total.

Lending Tree ranked the top 50 most valuable cities in America from its collection of real estate data covering more than 155 million U.S. properties.

In the battle of West Coast versus East Coast, one might say the former just added another notch under its belt.

The price for a one-bedroom in Santa Ana, located in Orange County, climbed 3.4 percent, knocking Miami off the list of the top 10 most expensive places to rent, according to a new report from Zumper.

U.S. Housing Market to Become a Buyers Market in 2020

According to the 2018 Q3 Zillow Home Price Expectations Survey, U.S. home sellers will continue to hold more negotiating power than buyers for the next 18 months.

The quarterly survey, sponsored by Zillow and conducted by Pulsenomics LLC, asked more than 100 real estate economists and experts for their predictions about the U.S. housing market, including when they expect the market to favor homebuyers over sellers.